Living in a container: an original and trendy student accommodation!

Nowadays, students have problems finding accommodation. Indeed, student apartments are becoming increasingly rare. In addition, the price of real estate is a disincentive for young students. This is why they stay with their parents or in university residences. For those who have the possibility of renting accommodation, they reside in small studios. If you are looking for student accommodation, you should know that there are currently student containers available. For a number of reasons, the studios where the students are housed have been replaced by the box. Indeed, they have been specially designed for students with small budgets and lack of means to rent a traditional house. Discover in this article this amazing new concept.

Who could have imagined that one day a small box would turn into a small house. In the beginning, containers were only used in the import-export world. Indeed, these are the large coloured quadrilaterals on the loading ships. These are used to carry goods by boat. From now on, they have become housing for students. As its name suggests, a container house is simply a house built with shipping boxes. Whether used or new boxes. Due to the increase of students at the university who cannot find a place to live, the managers of the university residences had the idea to change the containers into a student box. This concept was launched in 2006 in the city of Amsterdam. It has been exported to Australia, Germany, Canada and several other countries. As for France, it was the city of Le Havre that opened the market. It sounds strange, but anyway, it’s a great idea and really original. Nowadays, the student box has become a trend.

The aim of creating a student box is to offer young students an infrastructure that is modern, adaptable, modular, quick to build and above all cheaper. When we talk about a student box, the first questions that come to mind are: how to live in a box? Is living in a box as convenient and pleasant as living in a traditional house? Of course it is, because it has been specially designed to receive young students in the best possible way. A box of about 25 m² has a sleeping area without forgetting the bed, a kitchen area, a bathroom area. You can also find space to work with a desk. There is even a high standing box that has a small balcony if you want and if you have the possibility. Be aware that student boxes are just as functional as studios or regular student residents. You’ll see that it’s an amazing concept.

Student box, its advantages and disadvantages

Like any type of housing, the student box has its advantages and disadvantages, but here are its main advantages, first of all there is the price. Compared to the usual type of construction, building a student box is cheaper. It is also modular. So if you want to enlarge your house, you can add boxes easily. Also, if you want to move from one place to another, you can take your house with you. As for its construction, it is simple and fast since its structure is already made. You also don’t have to call in a contractor for its construction, a handyman is enough. To protect against rain, it is not necessary to build a roof, as the box is already waterproof. Door, window and ventilation installations are easy and straightforward. Please note that the student box is also resistant to various shocks such as earthquakes, cyclones and high winds. It can also resist fire. It can also protect you against external electromagnetic waves. In addition, it is modifiable, recyclable, does not depreciate quickly, and is potentially easy to resell.

Student container, its price and its limits

Unlike other concepts, the student container is affordable. Its rent is cheaper than that of a studio apartment, as the cost of fitting it out is largely insignificant. With all the comfort of a regular room, the rent for a student container is around €300 per month. Not to mention the wifi connection and the thermal and sound insulation. In addition, you can even benefit from housing subsidies. As for its limits, be aware that the student container is not very aesthetic. Obtaining a building permit is also still a bit complicated. Its roof can be a problem for thermal insulation. And for its layout, you have to think about it carefully so as not to have a vulgar house.

In the same category
How do I get accommodation in a hall of residence?
What are the housing subsidies for students? 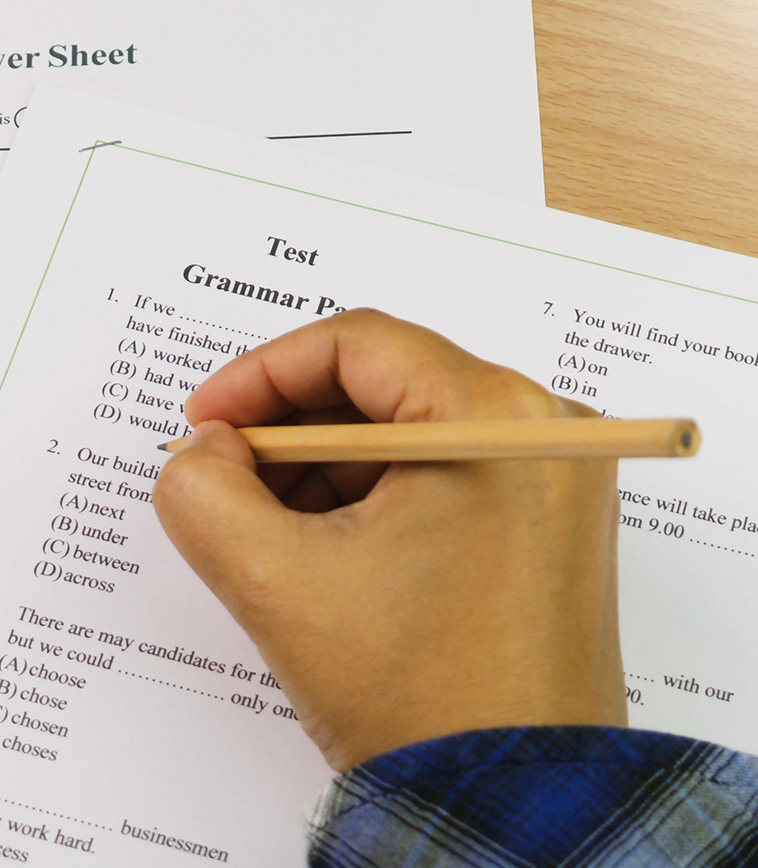 How to prepare for a test?

Practice to the max!

Like all language tests all around the world, the best preparation is to practice your language skills at every opportunity. Remember: practice garantees better results.

Getting familiar with the test

It is important to familiarize yourself with the test format and what you will be asked to do. This will make you feel more comfortable before or during the language proficiency test.

Be aware that if you practice correctly and sufficiently, you will know the test format and the exercises, you will be more comfortable with these tests, and therefore be less anxious.